As we are implementing new coding possibilities alongside existing ones (which we do not have to tell everyone about as FDL editing is widely known), we also thought about how to make simple and especially recurring codings, like changing a few parameters to “aktiv” like start stop memory activation, a lot easier.

Long story short: we implemented a scripting feature for changing 1-n parameters in a CAF with 1 Click. The below illustration will explain that feature more in depth: 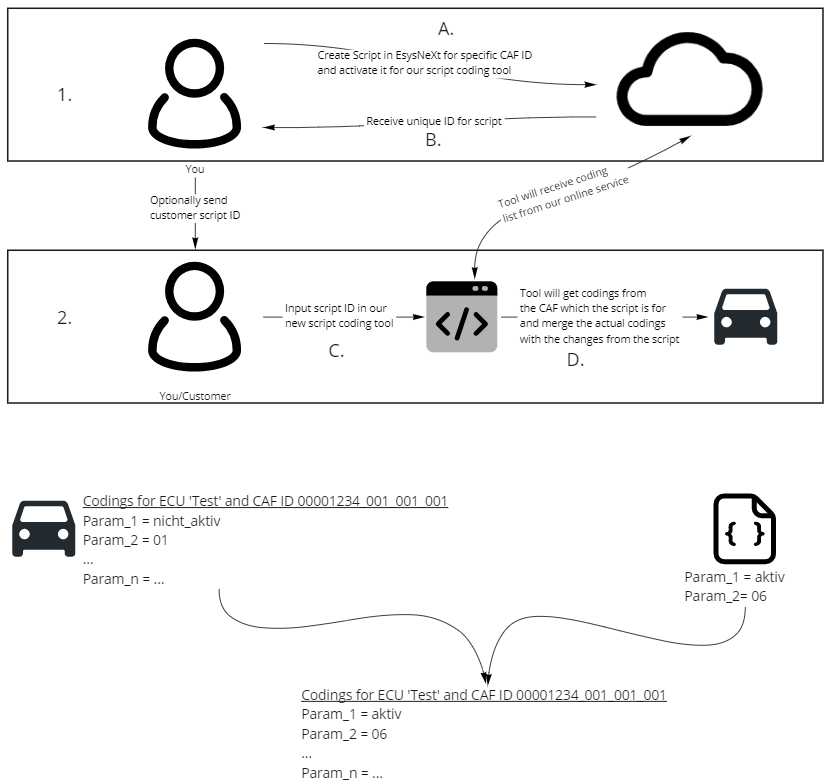 So as you can see, there are 2 major steps required:

1. Creating the script and activating it

2. Applying the scripts codings at a car

Additional notes regarding that feature:

Here are some WIP pictures of our scripting feature. 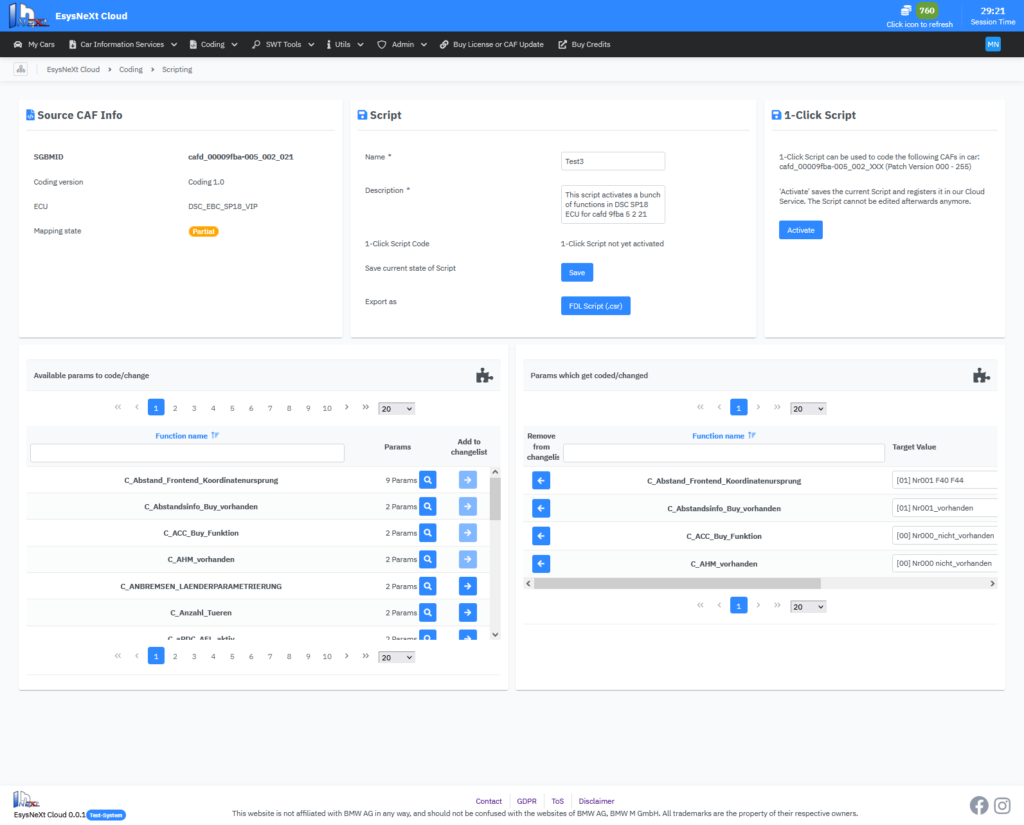 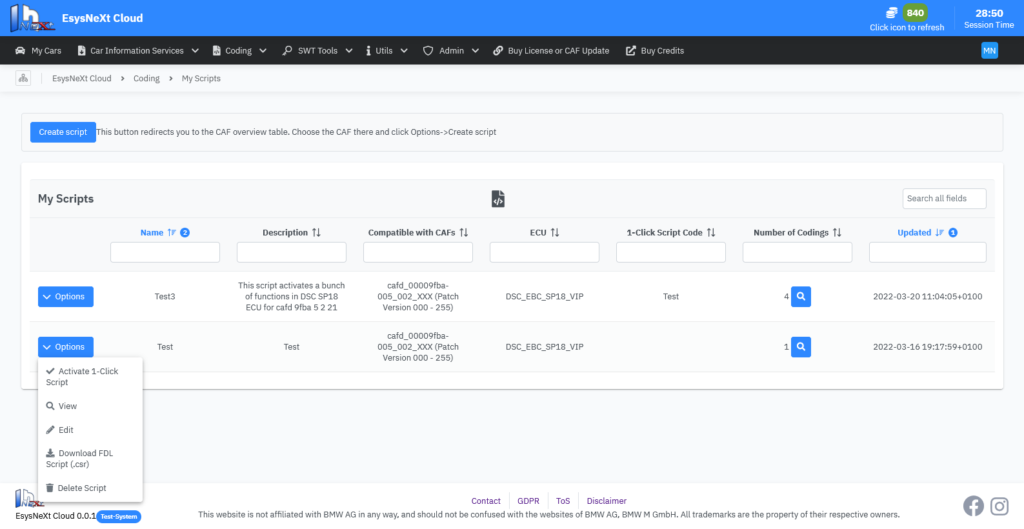 You have multiple options per script 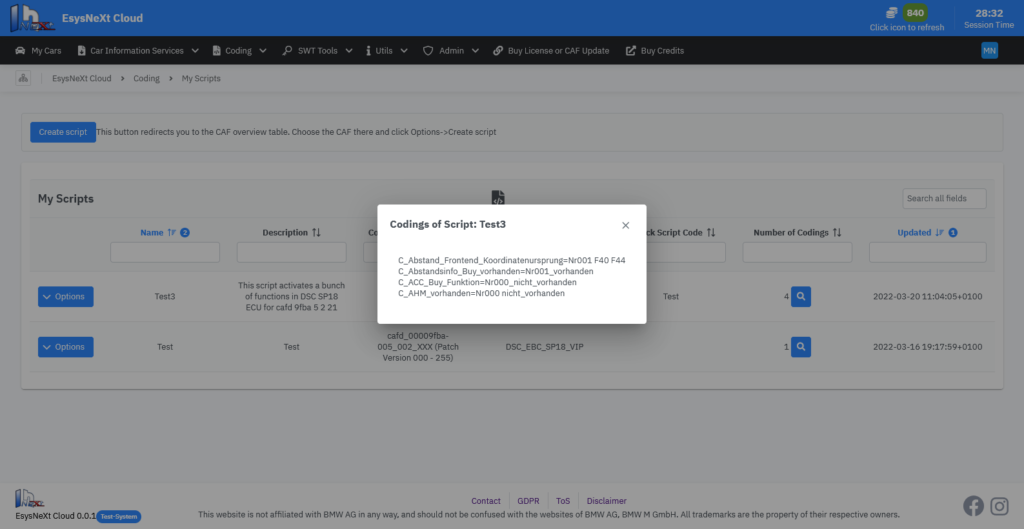 Disclaimer: This feature is still a WIP (work in progress) so minor changes may be done till releasing it. There will be more info regarding the feature as soon as it is released. If you have any feedback on what might be interesting for you as customers, gladly let us know. We will do our best to include everything that is doable from a implementation point of view.

We added a Series to Main Series Helper to our Utils. This information is dynamically parsed from the psdz data which our cloud app is connected to, so its always up to date. This feature is free for all registered users. 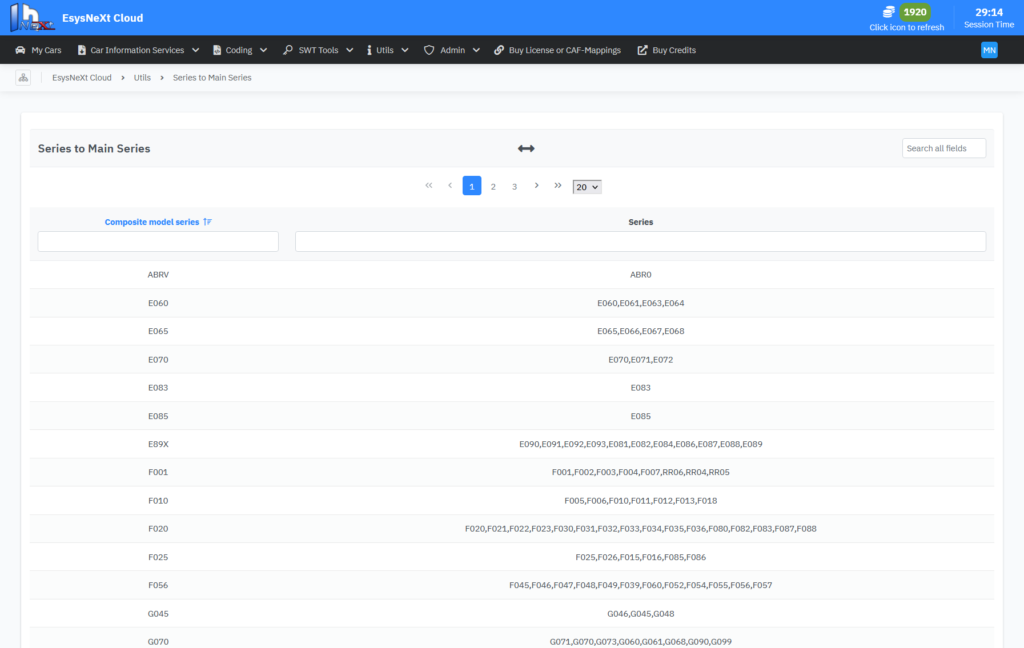 There will be an overview of all existing cafs in the latest psdz data release. For each CAF, you can check for which ECU it is, in which main series it is used, which coding version it is (1,2,3) and if we have it mapped on our side (all parameters untrimmed), partially mapped (some UNKNOWN params) or not mapped at all. This feature is free for all registered users. 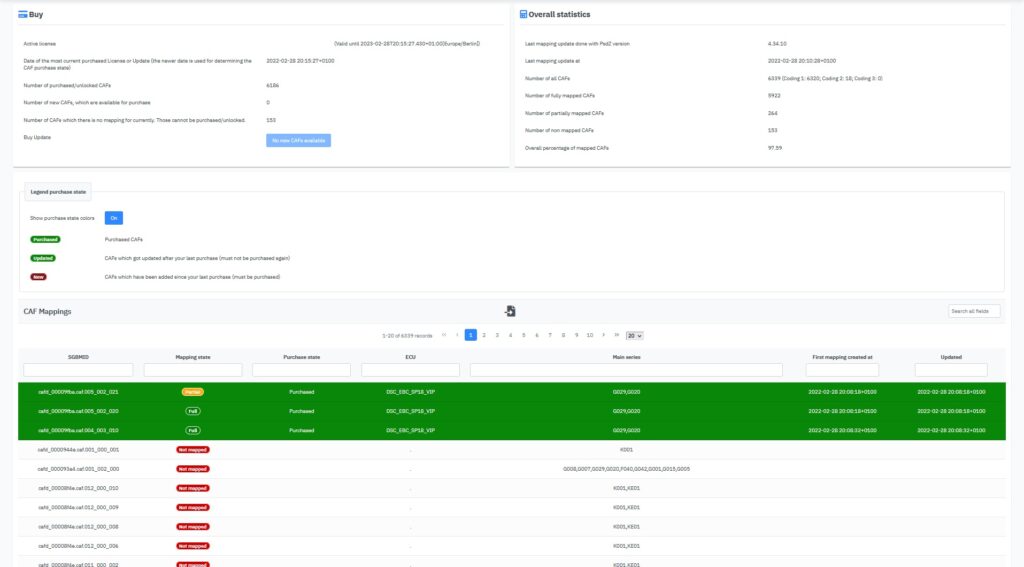 As we received feedback for our FA Options browser to include specific model information for type codes, e.g. 316i USA LL, we implemented that. This information is dynamically added depending on the newest psdz release, so always up to date. This feature is free for all registered users. 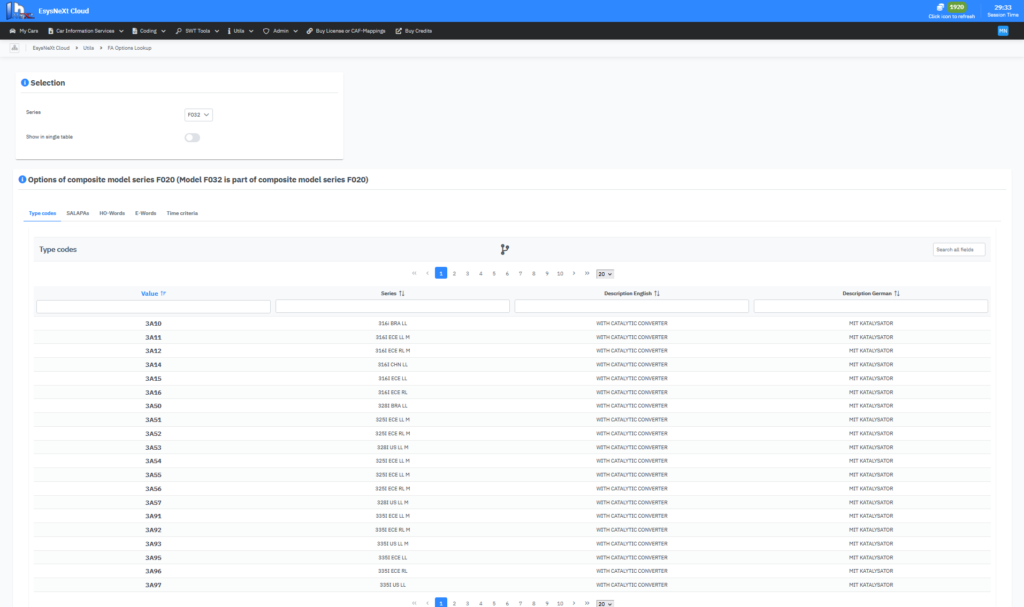